Karen Horney was a German psychoanalyst. Her career came into prominence in the nineteen
twenties when she formed theories on human attachment and neurosis that split from Freud’s
key ideas. Horney’s theory of personality development and individuation are still highly relevant
to modern theories of personality, attachment psychology and psychological trauma. Even
though she is not well remembered, her work is as relevant as it was at the turn of the century.
Applying her theories to my work with patients and to my own life has been an integral piece of
my own personal and professional development. This article is part one of four in a series
explaining Horney’s theories.
At the time of this writing my daughter is two. Sometimes when my wife and I relax slightly in
public, she will get a glimmer in her eye and, starting to giggle, run away from us. While we will
yell for her to stop, she will cackle drunk with her new found power, as she runs away into a
crowd of strangers or into oncoming traffic. When we take her to school or to meet new people
she wraps herself around my wife’s leg, pressing her cheek into my wife’s calf, and refuses to
speak.
Two year old children cannot understand moderation or limitation. They demand to have “more
food” even when their plate is overflowing. Minutes later they will refuse to eat another bite
because they are “full”. They cannot understand shades of gray. They refuse to believe that
they need a nap until their eyes are closing. People are either all “bad guys” or all “good guys”.
Individual children live in a world of extremes with tunnel vision on their immediate present
desires and realities.
Infants do not understand that they are separate creatures from their mother. The first
developmentally traumatic event in an infant’s life is the separation from the mother as the infant
becomes a toddler. Infants are connected to the mother for so much of their post birth
experience. In order to soothe infants we try to make them feel as though they are still in the
womb. We swaddle infants, keep them warm, and play white noise. The mother is both their
source of physical comfort and nourishment. So much of the infant&#39;s conscious experience is
centered on its connection to its mother, that it makes sense that infants would lack the ability to
understand what they are outside of the central reality of their experience.
For the nine months in the womb an infant is physically and psychologically dependent on its
mother. It takes at least one and a half years after being born for infants to begin to piece
together that they will have to eventually become something separate from their mother.
Because infants cannot understand their existence without their mother, this means that when
they are inevitably forced to separate from their mother, infants feel like their existence is under
threat. The necessary task of the mother is to separate the child from herself into itself. Yet, this
feels to the child like it is being obliterated. This is often the first major trauma of a child’s life.

Karen Horney’s theory of personality and neurosis is built on examining its effect on an infant’s
development. When toddlers begin to be separated from their mothers they experience
moments where they, like my daughter, think they are God and can run through traffic. They are
completely independant, completely free, can do things “by themself”, and will never need
supervision or approval from parents again. They quickly alternate into periods of abject terror
where they are horrified with their agency as an independent being and, often wrapping
themselves around her leg, attempt to remerge with their mother.
The distinction between infant and toddler is between a creature that can not live independently
and a creature that sometimes thinks it can. Toddlers alternate between rejecting all authority to
become a god and trying to crawl back into the womb in order to forget they exist. Our ego is
what allows us to navigate the overwhelming forces of the unconscious. The ego allows us to
accept both our autonomy and reconcile our own ultimate insignificance. Toddlers are just
beginning to develop an ego that will synthesize these competing, and contradictory realities.
As a trauma therapist I use Horney’s theories constantly. The connection between the way that
our parents give us attention and the way we learn to get attention from others in later life is
endlessly relevant in many types of therapy, especially work with trauma. In Horney’s theory of
neurosis, the way that a child individuates from their mother determines their coping style and
predicts many of the psychological issues they may develop in later life.

This is a 4 part article on Karen Horney’s theories. 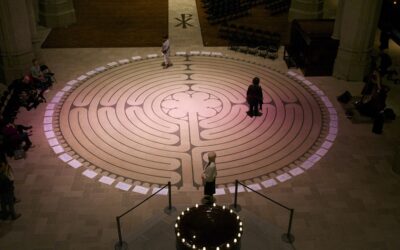 How do I become a therapist?